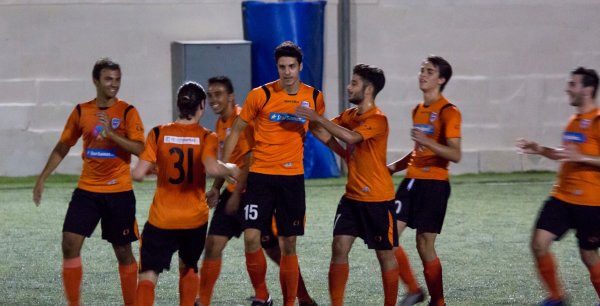 Tuesday night saw the Swieqi minors compete in their second league fixture versus Santa Venera Lightnings. The young owls piled pressure from the start and just after eleven minutes opened the scoring from a well struck free kick by captain Benjamin Frendo. Few minutes later Ferry missed a clear opportunity after finding himself one on one with the keeper. On the forty minute mark, forward Mark Martin slotted home on a fast break beating a few defenders on his way. Just five minutes later, Luca Borg added another goal making it 3-0.

The second half was also dictated by the boys in orange and was very close to grabbing a few goals. The match ended 3-0 with the minors squad grabbing the first 3 points of the season. This game marked the debut of 3 players: Sean Gatt Baldacchino, Kyle Muscat and Dylan Pace.