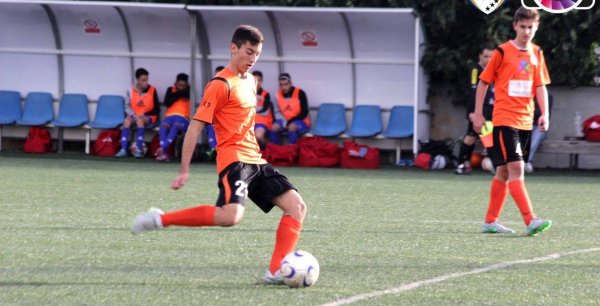 The U17s kicked off Swieqi’s 2016/2017 season on Saturday 27th August at Siggiewi Ground.  Excitement was high as the referee blew the whistle for the game to start. The match started off with both teams fighting for the ball and each team trying to create the first chance on goal. It was Swieqi who had the first shot, as the ball went just out wide.

After twenty five minutes of play, a Swieqi player was fouled. A free kick was given and an opposition defender headed the ball in his own net.  Swieqi had the lead.  Confidence was high, as Zebbug were shocked with the situation.  Zebbug tried to react, however two minutes later, Swieqi won the ball in midfield, and with a lovely quick counter scored with Jake. Swieqi were 2-0 up. A few minutes later both teams headed to the dressing rooms, as the referee whistled for half time.

Ten minutes in the second half, Zebbug pulled a goal back. It took some time for the game to continue, as after the goal Andre’, the Swieqi goalkeeper, was injured whilst picking up the ball. Five minutes later, Zebbug equalised.

However, Swieqi teamed up and fought to turn the game around once again.  A few minutes later, Swieqi had another chance, however the ball went out wide.  The game was balanced at this point, as both teams were fighting to get the winning goal.  It was Swieqi who came close to scoring, however the ball hit the post.  Zebbug then had a shot on goal, however it was brilliantly saved by the Swieqi goalkeeper.

The game came to an end, with Swieqi picking up an important point.  Next game is on the 25th September at 16.30 at Melita Ground.