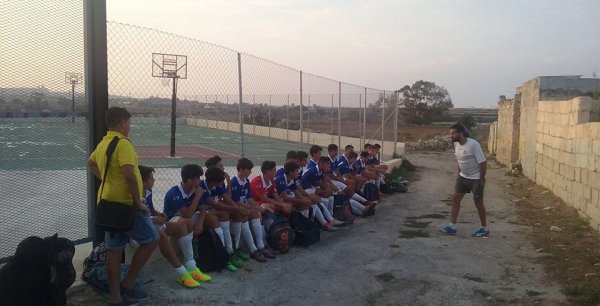 31st March 2011 will always be synonomous in Swieqi’s history as the day that the club’s seniors team registered its biggest ever victory of 8-0 against Xghajra Tornadoes. I still recall that sunny public holiday game with a clear memory. Back then the MFA had the bright idea of having official matches of our division (third division) played at 9am on a public holiday. The attendance for that particular game for Swieqi’s side was two; Dr. Michael Calleja (then Secretary) turned-videographer for the game and myself, along with Dr. Ralph Agius Fernandez who at that time was the club’s President and acting match official for the game. There I sat in my seat, one eye lid barely open in the glazing sun, witnessing Swieqi’s players giving Xghajra a lesson or two in football skills. The disappointment still lives within me till today that only 3 ‘fans’ had the pleasure of witnessing such a historic moment.

Fast forward five years later and Swieqi United have just kick-started their 8th season participating in Maltese football competitions with their U-17 squad taking on Zebbug Rangers. One fundamental principle that such club has always retained its one club one team philosophy, whereby effectively one finds the same committee for all teams, irrespective of their age category or league placing. This is the only club in Malta to boast such a set up and it is one which is proving year after year to be a successful one. Today the club is home to over 250 football players, coaches, committee members and staff who form part of the SUFC family. Our competitive teams have yet again further increased, sending a strong message to other clubs that Swieqi is constantly growing. Here at Swieqi we make sure that we have a good long-term vision to reach the necessary objectives. Eyeing the good-numbered crowd at Siggiewi ground on Sunday, I could immediately see representatives from our seniors team, minors team as well as our different academy age groups all there to support our young and upcoming U-17’s. Swieqi’s vision is not just to obtain a good result on the pitch, but it is also a vision which the club takes great strives in maintaining off the pitch as well. I can still recall the day when the club jumped on the social media bandwagon and began promoting its matches and results via its official Facebook Page. Back then nearly no club in Malta had a Facebook page, however some clubs soon decided to follow suit.

With the club being supported by two strong pillars within its Committee; administrative and technical wings, the club can work on its long term plans and can continue to strive to obtain it’s objectives that it diligently sets out. The path that the club has chosen to take is not an easy one, especially given the fact that the club operates all its operations from very limited resources. However with the right mentality, people eager and willing to dedicate their time and a well-structured vision, SUFC can continue to make its mark in the Maltese football scene.

Together we can achieve our dreams. Go solo and we won’t even have a starting 11 for a match!