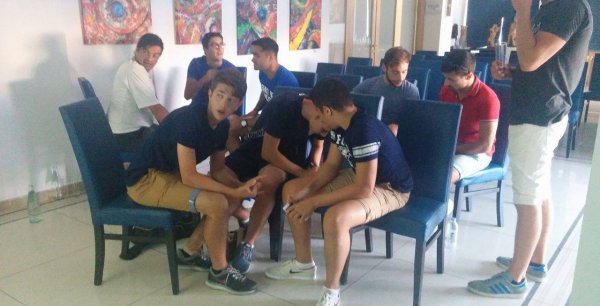 Swieqi United FC together with Footy4U, hosted Mr. Clark Burrell on the 26th of July 2016 at Cavallieri Hotel. Mr. Burrell is a scout for Motherwell Football Club in Scotland. He came in Malta mainly to scout the players at Footy4U and Swieqi United and managed to deliver a presentation on Scouting and TGfU's in football during the seminar organised.

Mr. Burrell described himself as energetic and innovative with his focus being building teams with a winning mentality. He stated the importance of studying coaching methodologies. The importance of helping players to find their true potential and grow was highlighted as an extremely important thing to do by Mr. Burrell.

Mr. Burrell also had the opportunity to observe the Malta National football Head Coach Pietro Ghedin and the U19 Squad for one week.

All those that attended the seminar enjoyed it and found this opportunity very interesting.