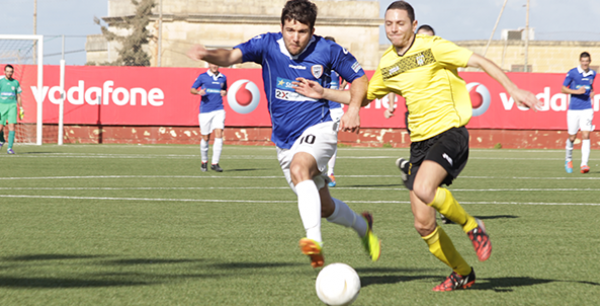 Swieqi United 0 Zabbar St. Patrick's 0. After last week's harrowing 1-6 loss, there was no option left for Swieqi but to bounce back convincingly. Thankfully, this team possesses a steely determination and resilience which will prove vital if the club is to retain its Second Division Status. With Kyle Calleja making his full Second Division debut, there was added strength to the Swieqi defence. Matthew Mulholland also came in for the suspended Matthew Sapiano and Adam Wingfield once again started. The game turned out to be a midfield battle although Mulholland was forced to save a good shot in the first half whilst also coming to the rescue in the second. Swieqi's best opportunity came late in the Second half when Kenneth Ekezie found himself alone in front of the keeper but his powerful shot was blocked well. Dismay for Swieqi who could have won it but a well earned point given the circumstances leading up to the game. The Orange next face a pivotal encounter vs Zejtun Corinthians. Formation: M. Mulholland, S. Bonello, G. Refalo, K. Calleja, A. Wingfield (K. Sultana), M. Farrugia (O. Smeir) J. C. Borg, J.G. Coleiro, P. Briscoe White, L. Konda (D. Calleja Cremona), K. Ekezie