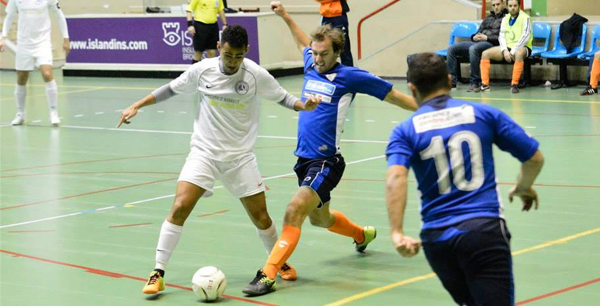 Swieqi always knew that they faced a mammoth task when they stepped onto the pitch to play against league leaders Luxol in last night's Futsal game from the Premier Division.

Swieqi got off to a good start, passing the ball neatly between them and tacking their chances. However the match quickly turned into a one sided match whereby Luxol kept on surging into attack and the scoreline quickly read 5-0. Swieqi also suffeed a set back when one of their players had to be forced off with a foot injury. Coach Zvezdan called a time out and rallied his troops around for a quick chat - a chat which seemed to have worked since Swieqi were controlling the game better and leaving Luxol's lions frustrated in attack.

However with luck not on Swieqi's side, two soft goals were conceaded close to the half time break and Luxol strolled into their dressing room 7-0 up.

Luxol came out fighting for more in the second half and quickly scored two goals in quick succession, leaving Swieqi slightly dazed. To be fair to Swieqi, the players never refused to throw in the towel and kept on fighting, with Gabriel Buttigieg going close on a number of occassions only to find the Luxol keeper on high alert and keeping out the ball.

Luxol continued to add on their goal tally, by which point the Swieqi players just wanted to hear the referee's final whistle.

Full time score: Luxol 14 - Swieqi 0 - A well deserved result for a team that deserves to be in first place.

The team next face Gzira in a crucial game next Thursday 5th February at 21.30 at Corradino - Kuragg Swieqi !