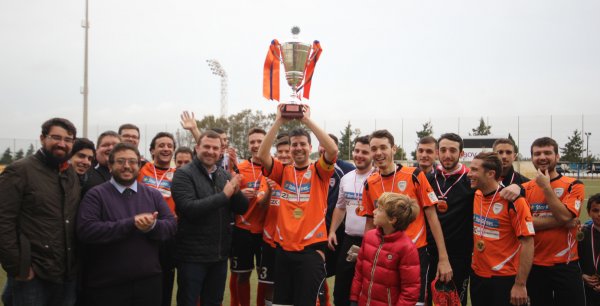 Swieqi managed to win the Strickland Cup after once again defeating Mtarfa on penalties. In fairness, the Orange should have closed the game earlier throughout the match but wasteful opportunities led to a nail-biting penalty affair. Swieqi started positively and dominated most of the first half as they also welcomed back Adam Wingfield, Thomas Naudi and Kyle Calleja to the playing arena. Missed opportunities led to Mtarfa scoring 10 minutes before half-time when a mix-up between Matthew Mulholland and Glendon Refalo allowed Mtarfa to score.

Swieqi came out all guns blazing in the second half and responded well when Matthew Fenech grabbed a much deserved equalizer. Leontiev Konda's impact was also admirable as he won a penalty which unfortunately Kenneth Ekezie missed. Lady luck was on Swieqi's side in the shootout. Trailing 0-2 after Ekezie (again) and Smeir missed, Chris Cutajar saved two penalties, before Konda, Bonello and Matthew Fenech scored theirs. Mtarfa's final penalty was missed as Patrick Briscoe White stepped up to convert his kick and ensure the trophy remained in Swieqi