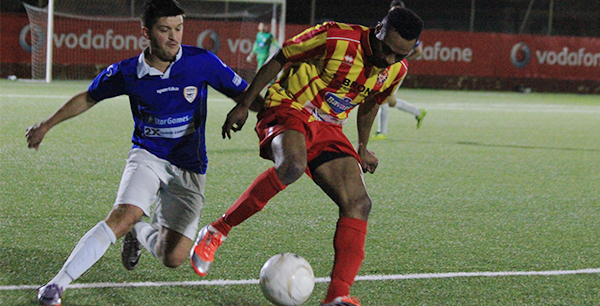 Swieqi United succumbed to one goal in each half as they were beaten 0-2 by a polished and well drilled Senglea side. Swieqi could have taken the lead after 30 seconds when Omar Smeir's shot hit the crossbar and did not go over the line! Swieqi played some good football in the first half and it could be said that they were unlucky to go a goal down when Timmy Thomas was left unmarked in the box and his header from a corner could not be saved. Dismay was the name of the game as Jon Briscoe White was then injured with a groin tear forcing him out for over a month. With the wind in their favour, Senglea asserted themselves and made sure of the three points 20 minutes from the end with a curving shot from outside the box. Swieqi did try to force a late rally but by then it was too little too late. Formation: M. Sapiano, M. Asciak, G. Refalo, S. Bonello, P. Briscoe White, J. Briscoe White. J.C. Borg, O. Smeir, K. Ekezie, L. Konda