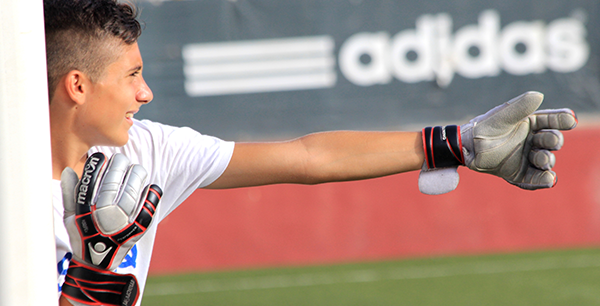 On the 23rd of November it was an early morning game at Rabat between Swieqi and Sirens. The game kicked off at 9am and immediately Swieqi showed their willingness to win this game. Within the first ten minutes of the game the boys in Orange were already 2-0 up. With Dimech smashing in from close range a loose ball from Johnson and then returning the favour for Johnson to slam it in for 2-0. Sirens then got off their laurels and decided to come forward. Only a good save by E. Gatt and a shot that went sailing over kept it at 2-0. Swieqi then turned their engines back on and Johnson was pivotal again as he served Tortell who made no mistake from range to make it 3-0.

The second half began and Swieqi showed that they wanted the goals. L. Caruana Montaldo was fouled by the Sirens keeper and he made no mistake from the spot as he powered the ball through the net. E.  Gatt once again proved that he was alert with a difficult save to push the ball out for a corner. Much of the second half was characterised by some staunch defending by B .Caruana Montaldo and some great runs made by Sant Fournier and N. Galea. Then  J. Galea came in and continued the trend of forward runs with a powerful performance. Captain Xuereb made some good forward runs as he tried to get on the scoresheet and lead his team to victory. L. Gatt stepped up and served a good ball to the Micallef, who had recently come on, and he finished to make it 5-0. Swieqi were not satisfied though and L. Caruana Montaldo dribbled past his marker and shot from all of 40 metres to make it 6-0 with a wonder goal. Catania came on to great effect in his debut with Swieqi. Not wanting to be overshadowed midfielder L. Gatt dribbled past a couple of opponents before making it 7-0 to Swieqi.