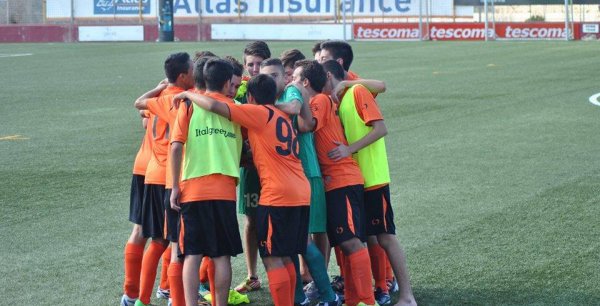 The final day of November for our U-17s meant a top of the table clash with rivals Msida St Joseph. Going into this match Swieqi and Msida were both unbeaten. It was a messy first 5 mins with Msida clearing the ball and Swieqi trying to penetrate to no avail. The experience of our opponents meant they prevailed after a costly mistake by the Swieqi defense. Then the character of our boys started to show as everyone tried to lift their heads up high to get the draw. As the half wore on, it looked like Msida were going to hold on to the result. Then Zammit got himself onto a loose ball, made his way forward and gave a brilliant through ball to A.Galea, who took it down the wing and fired a vicious cross which L.Caruana Montaldo finished off to make it 1-1 before the break.

The second half began with Swieqi trying to impose themselves on opponents that did not seem to have any tactic but to hit the ball upfield and hope for a defensive error by our back 4. The bar was hit no less than 3 times in the second half, once by Msida and twice by our men in Orange. At one point Dimech delivered an almost inch perfect freekick that left the goal keeper stranded only for the ball to stamp itself on the cross bar. The referee today was very fair and made sure that the game did not run out of hand. Despite all our efforts, our valiant warriors walked off the pitch with a 1-1 draw. This was the first time Swieqi conceded a goal in a competitive match at this level, but the Orange despite the disappointment will take this match and learn from it as the U-17s continue their quest to win the title.