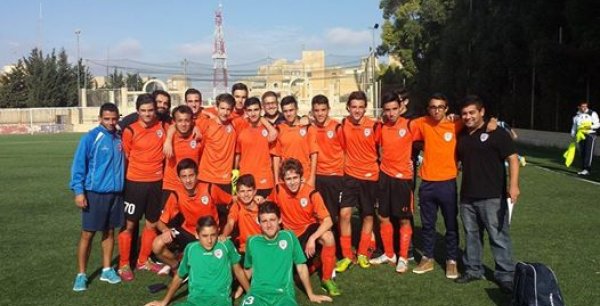 The two teams gathered together at the Siggiewi ground for what would be a difficult encounter in the scorching heat. The Swieqi youngsters started the game well by dominating possession. Andrew Tortell was the midfield mastermind, along with Luke Gatt and Joachim Zammit, the Swieqi midfielders seemed to have the game in hand. The front three Dimech, Martin and Ferry made the St Lucia defenders work very hard throughout the first half till finally Ferry scored a great goal to make it 1-0 in the 30th minute.

The back four of captain Xuereb, Ben Caruana Montaldo, Galea and Sant Fournier defended well, seeing only 1 shot in the entire first half. Coach Gatt encouraged his team to keep pressuring the opposition and try to create even more chances. Swieqi United missed a host of chances in the second half and that trend was continued by substitutes Micallef, Johnson, Liam Caruana Montaldo, Panzavecchia and Mallia. Towards the last 20 minutes or so Santa Lucia seemed to finally react and really gave the Orange a very hard time to hold on to the result. Only some smart goalkeeping by Muscat when it came to balls being crossed into the box, and our defenders’ work rate made sure the Orange trotted out eventual winners.

Towards the end of the half our opponents earned a couple of stupid red cards for misconduct while after the two halves were up Ferry too picked up a red for protesting. The Orange youngsters now face Sirens on the 23rd of November.