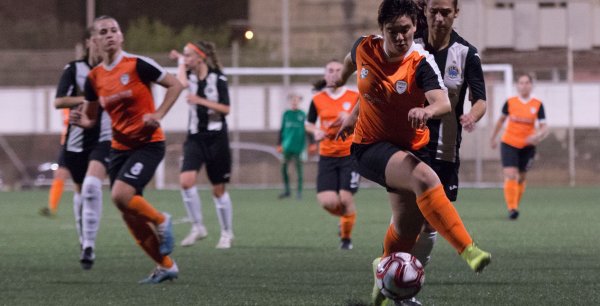 The Swieqi United women’s team put last week’s disappointment behind them empathically, defeating Hibernians by a record 7-0 score to record their first victory of the season.

Within the opening minutes of the match, spectators celebrated as a cross from Jade Flask to Emma Xuereb led her to score a goal at the second post. Soon after, the Orange doubled their lead, after a corner from Dorianne Theuma was accurately placed in the box, giving Flask the opportunity to score with a header. Despite the early advantage, the Owls didn’t stop there and continued to threaten the Paolites in their defensive zones. The third goal eventually came in the 35th minute from a shot inside the box by Xuereb, as the teams went into the break with the Orange 3-0 to the good.

With a stadium packed with roudy supporters, the Hibs players came out of the dressing rooms more determined to challenge the Owls from bagging any more goals. Despite some positive play from the Paolites, the Owls were relentless, as Flask scored her second goal of the night with yet another header in the 58th minute. Swieqi United’s young and prominent midfielder Celeste Grech also got her chance at glory with an effortless tap in at the far post after receiving a cross from Xuereb.

The sixth goal came about after Kelly Agius Pace ran into the attacking zone with the ball and decisively hit it into the back of the net. Minutes later, Agius Pace celebrated with her team for a second time with another goal after receiving a great through pass from Theuma.

Ultimately, the ladies in Orange were satisfied with the outcome of the match not just because of the final score but also because of their performance and professional attitude on the pitch.