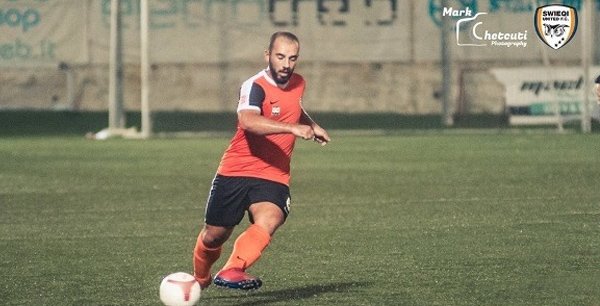 Swieqi United unfortunately failed to follow up last weekend's positive result against Qormi, falling to a 3-1 loss against Qrendi in this weekend's game.

The first half was a relatively balanced affair, even though Qrendi took the lead in the 13th minute with a well placed header by Stefan Radovanovic following a corner kick. The Owls even managed a very good period of sustained pressure towards the end of the first half, with sleek build up play wreaking havoc in Qrendi's defence. The closest the Orange came to scoring was when Ibrahim Salis' shot hit the crossbar, after some good link up play from Kristian Sultana.

Qrendi however imposed themselves on the game in the second half with two well taken goals within the span of five minutes from Alexander Nilsson and Dasser Sammut. Understandably, this deflated the Owls' spirits. To try shake things up, coach Rodney Bugeja introduced Matheus de Souza in midfield for Salis, and indeed, it was his pass that set up Felipe Fernandes to score a consolation goal for the Owls, but it was too little, too late, as Qrendi avenged their losses against the Orange last season.

The Orange will look to return to winning ways this weekend in an important match against rivals Pembroke Athleta.