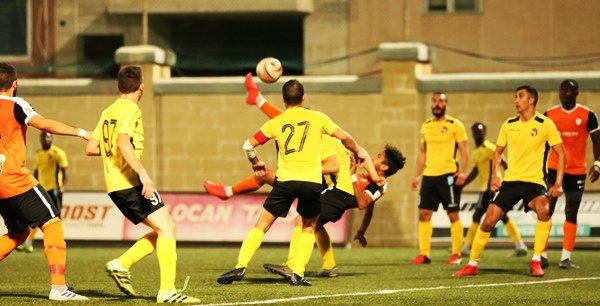 Swieqi United put in a masterful performance to defeat Qormi 4-1, recording the team's first win of the season in the process.

The teams had barely settled down and the fans had barely taken their seats when Felipe Fernandes opened the scoring for the Orange in the 3rd minute with a sweet strike. Stunned by the early goal, Qormi then started coming forward in numbers and eventually won a penalty after a handball offence was committed in the box. However, to the jubilation of the Orange's supporters, they missed the penalty.

Qormi would pay for failing to capitalise on their opportunities, as soon after, Fernandes doubled the Owls' advantage with a superb goal, finishing off an action with a fantastic overhead kick. The teams therefore went into the break with the Orange 2-0 to the good, and Qormi shellshocked by the Swieqi United performance.

The second half initially saw more of the same, with Qormi trying to attack incessantly but constantly finding their efforts repelled by the impenetrable Swieqi United backline. To compound their misery further, Qormi then gave away a penalty of their own in the 53rd minute, after a foul on the ever-present Fernandes in box. Tejumola Ayorinde duly stepped up to convert the spot kick and put the Orange further ahead.

The icing on the cake came in the 73rd minute, as Ibrahim Salis finished off a fantastic solo effort, running past three defenders before slotting the ball into the back of the net. Although the Owls were home and dry at that point, Qormi netted a consolation goal in the 84th minute after yet another penalty - Freud Gnindokponou converting for the Yellows - but it was too little, too late.