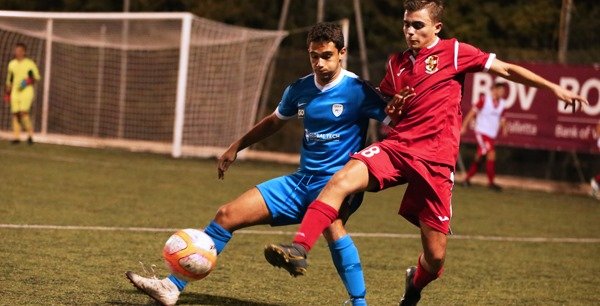 Swieqi United continued building on their good start to the season in Section B of the U19 league with a merited draw against Naxxar Lions.

With pretty much the first real action on goal, Naxxar scored, thanks to a very well struck shot from Caydon Bugeja from outside the box. The Lions then set themselves up to defend, absorbing wave after wave of pressure from the boys in blue.

After an 11 minute stoppage due to a power failure, the Young Owls equalised within two minutes of play restarting. A free kick on the edge of the box caused havoc among the Naxxar players, with Gabriel Hummel managing to steer the ball into the back of the net.

In the second half, Naxxar played more with a long ball tactic, with the aim of catching the Swieqi United defence off guard. At one point in time, it looked as if this tactic would work, as the Orange gave away a penalty. However, the resultant spot kick was well saved by goalkeeper Craig Abdilla.

While our boys also had decent chances to take the three points throughout the course of the second half, looking especially dangerous when attacking through the middle, a draw was probably the fairest result on the night, highlighting the equality of both teams throughout.