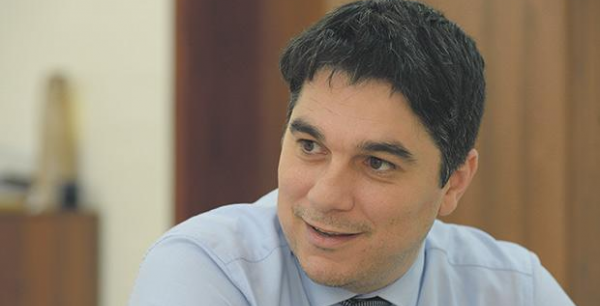 Since joining in 2017, Andrew Azzopardi has implemented much-needed changes at Swieqi United which have inadvertently seen the club's Academy grow from strength to strength. His visionary approach to football and vast erudition of the subject have certainly been noteworthy traits that have propelled this club forward. However, a key subject-matter which is close to Andrew's heart is women's football and here at SUFC Media, we took the time to ask him some thought-provoking questions...

SWQ: Dear Andrew, thanks for taking the time to talk to Swieqi United Media. For those people who have no knowledge of women's football, can you briefly describe the dedication and commitment shown by Swieqi United's girl on a day-to-day basis?

ANDREW: Swieqi UFC have the following squads this season: Seniors, U19s & U11s. The club decided to invest in girls’ football and we plan to open more teams next season. In my experience of working with grassroots clubs in Malta and England, the dedication showed in girls’ football is no different to their make counterparts.

SWQ: Is there still a prevalent stigma against women's football on the island? What do you think can be done to overcome this hurdle?

ANDREW: Girls’ football is on the increase in Europe and Malta is no different. The MFA have a programme targeted to increase female participation in the game and Swieqi supports this initiative wholeheartedly. We are a club that looks to bring the local community together through sports and as a result we promote football participation with boys and girls. Football is a beautiful game and we need to make sure it is accessible to any child who wishes to play. Before returning to Malta I coached a girls’ teams for many years in England and I am familiar with the challenges girls face to fight the stigma within the game. Unfortunately some people think that this is a men-only sport but the millions of female players around the world beg to differ.

SWQ: Swieqi United has been operating a woman's squad since 2014. Can you sum up the club's achievements in this sector throughout the past five years?

ANDREW: The club has improved every season. We started with a group of women who simply wished to play football. We now compete with the best teams in the country. We have established ourselves within the female game and we intend to build an even more competitive team in the next few seasons. This year we had the first player to be called up to the national team. In fact we have two players who form a regular part of the seniors’ national squad.

SWQ: This season, you are also managing the Swieqi United Under 19s Women Squad. What are the most prevalent challenges you are currently facing?

ANDREW: This is the first time we had an U19 squad and it was a challenge to bring enough players to join Swieqi. We have a young team and results were not always easy on us. At Swieqi success goes beyond results in matches. As with any youth squad, we focus on developing players and we are confident that in the next couple of years we will build a competitive squad which keeps the focus on developing players and not only results.

SWQ: Swieqi United has been billed as the 'Community Club'. In this connection, do you think that the involvement of more females can help boost the club's popularity?

ANDREW: As I mentioned earlier we focus on community building and an increased female participation at all ages will help our aim. If Swieqi only had male citizens then it would make sense to only focus on men’s football. However the whole executive is firmly behind developing the best football club for girls on the island. Nowadays Swieqi has a track record of being innovative and I have no doubt that we will prove that investing in both boys’ and girls’ football is the way forward.

SWQ: And finally, the club will shortly be celebrating its 10-year anniversary. Can you pay tribute to the organisation's achievements throughout the decade?

ANDREW: Swieqi United have become a household name in local football. We successfully built a solid reputation of being professional and reaching target that are set, often ahead of time. I can only commend the many volunteers that came before me as their work has truly paid off. People like me, who only joined the club last season, are already reaping the benefits of the excellent work done along the years. Swieqi United is not just any club. It has a clear philosophy of One Team One Club and puts its money where it mouth is. Parents interested in sending their daughters should contact us on info@swieqiunitedfc.com