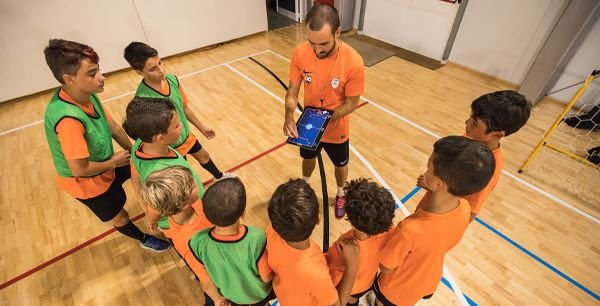 Swieqi United are launching a brand new futsal academy this year, with teams for under-17s, under 15s and under 13s complimenting the seniors and under-21s who play in the Maltese Futsal League and will be headed up by England’s first UEFA A Futsal coach, Damon Shaw.

Shaw spent three years in Spain, studying for his UEFA A and working at two professional futsal clubs before returning to his home country with Tranmere Rovers where he built a club with teams from u8s to u19s a women’s team and also won promotion in his first season as first team manager. The 34 year old now has aspirations to replicate his success with Swieqi United.

“What we achieved in England in a short space of time was fantastic and I am excited to be able to do something similar with a club that has big ambitions for futsal. There is no reason, that Swieqi United can’t be one of Europe’s leading clubs and that will come with a strong academy, that we’re launching now,” said Shaw.

“I want to give young local players the opportunity to represent their town, club and country at the top and by launching a futsal academy we will do just that.”

Applications are now open to attend a trial in February for children aged 11-16. You need to register your interest on http://bit.ly/2N8oTXB. Other age groups will begin in the near future, so even if you are older or younger, register to receive more information and we’ll confirm dates via email.

The club are also running taster sessions in schools around Swieqi with a Schools competition being held for those interested where the club will be looking for players to form the new futsal teams.

Players will have top class training that will also benefit their football skills, with the likes of Messi and Neymar well known for having started out in futsal in Argentina and Brazil respectively. The youngsters will have the opportunity to play competitive futsal, travel and progress into the semi-professional set up at Swieqi United and even the Malta national team! Already several players have gone on to represent their country, most recently, Andre Ciancio, was called up to play in the World Cup qualifiers.

Don’t miss out on this fantastic opportunity to play futsal and be part of the fastest growing club in Malta.

If you have any questions, please feel free to contact damon@damonshaw.co.uk