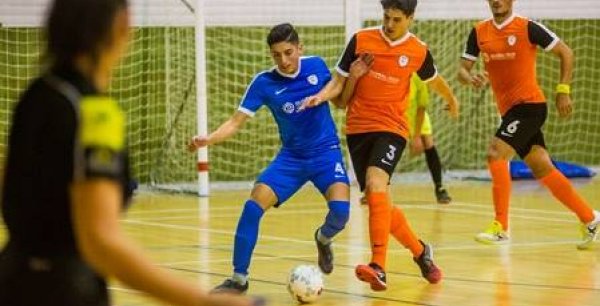 Swieqi United's Futsal Senior Squad took on the challenge of the club's U21 team late on Wednesday evening at the National School of Sport, Pembroke.

Although the final scoreline was 8-1 in favour of the Senior Squad, credit must be given to coach Fiteni's young players, who gave their superiors a good run for their money throughout the game with a high pressing line.

The Senior Squad took a comfortable 3-0 lead into the half time break thanks to two goals by Dylan Micallef and another from Dusan Rakic.

The second half saw both teams hungry to score more goals and it was the Senior Squad who grabbed another goal thanks to Andre Ciancio. Aaron Montebello scored a consolation goal for the U21 Squad from a well worked action, after his team was awarded an indirect free kick. Ciancio, Boicho Marev, Rakic and Leo De Souza scored the other goals for the Senior team.

The U21 Squad next takes on the challenge of Luxol U19s on Friday 23rd November at 8.45pm at the National School of Sport, whilst the Senior Squad shall also be taking on Luxol U-19 next, on Thursday 29th November at 8.15pm at Corradino Pavillion.