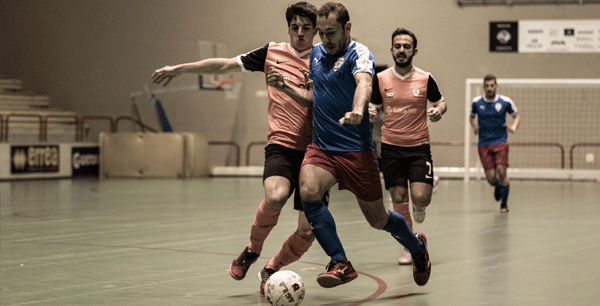 Swieqi United’s Futsal Seniors team put behind them their loss against current champions Valletta to easily dispose of UOM Academy 19-1 last night, a record score victory for the club.

Whilst the score line might give the impression that this was a simple walk in the park for the men in Orange, UOM Academy put up a decent showing in the first half.

Andre Ciancio opened the goal heavens for Swieqi in the 2nd minute via a cheeky lob over the goalkeeper. UOM managed to equalize temporarily two minutes later, only to see the Owls surge into a comfortable lead of 7-1 at half time, thanks to goals from Leo De Souza , Dusan Rakic (x 3), Ciancio and Dylan Micallef.

Towards the tail end of the first half, UOM Academy did have the chance to peg the score back via three ten metre penalty shots, but goalkeeper Dylan Cacciattolo was in great form to save them all.

Swieqi’s persistent and continuous attacks were too much to handle for UOM Academy in the second half, who conceded a further twleve goals via Rakic, Boicho Marev, De Souza (x 4), Maxi Navarro (x 4), Ciancio and Rodney Debono.

The senior team next take on Swieqi United U-21 on Wednesday 21st November at 8.30pm at the National School of Sport, Pembroke.