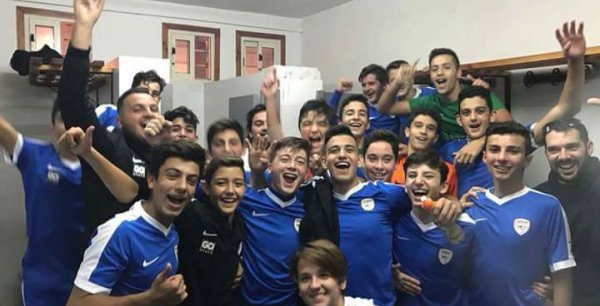 Swieqi's Under 17 squad finally picked up their first win of the season last weekend with a comfortable 4-0 success over Fgura United. With the Seniors squad winning 2-1 against Fgura too, this result made it a double success for the Young Owls.

Swieqi started the match strongly, creating many a chance in the opening few minutes but failing to find the back of the net. However, after 25 minutes, Nick Borg broke the deadlock to deservedly put the Orange in the lead. Fgura tried coming back strongly and were dangerous at times, even having a shot cleared off the line. However, a few seconds before half time, Swieqi doubled their lead once again through Borg.

In the second half, Swieqi remained the stronger team, and added to their tally through Sasha Peric, who scored a rebound from a penalty, and Shaun Tortell, who headed in a great passing move.

Following a difficult start to the season, this win was the tonic that the boys needed to give them a much needed boost in confidence! The next game will be played on Saturday 2nd December at against Rabat at the Pembroke Ground.