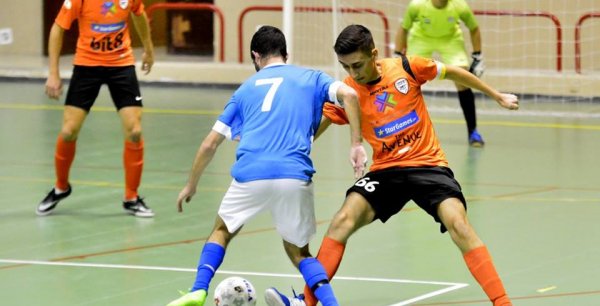 Swieqi's U21 Futsal team got their first three points of the season on board with a 13-2 trouncing of Junior College.

The Owls were quick out of the blocks, with Matthew Micallef Thompson - scorer of six goals on the night - opening the scoring within the first 40 seconds with a brilliant finish from distance with the outside of his right boot, which left the goalkeeper with no chance. Junior College tried making a contest of it in the first half and momentarily equalised after 5 minutes, but Swieqi established a healthy lead with two goals in quick succession from Aaron Montebello and Micallef Thompson. Montebello then scored his second of the night with a tap in from a low, hard cross by captain Dylan Pace, following some good link up play, before the opposition pulled one back before half time, for the Owls to go into the break 4-2 up.

Despite the positive score, coach Kenneth Fiteni was disappointed by the players' performance, and asked for more in the second half. The players sure responded, dominating the middle of the park and scoring a mammoth nine goals without reply, the pick of the bunch coming from Micallef Thompson, who, after a mistake in the Junior College defence, smashed the ball into the top left corner of the net. In addition, Robert Stoyanov, Aidan Micallef and Dale Vella all got their names on the scoresheet, as Swieqi ran out very comfortable 13-2 winners in the end.

The team's next match is against Tarxien JMI on Tuesday 21st November, at 8pm.