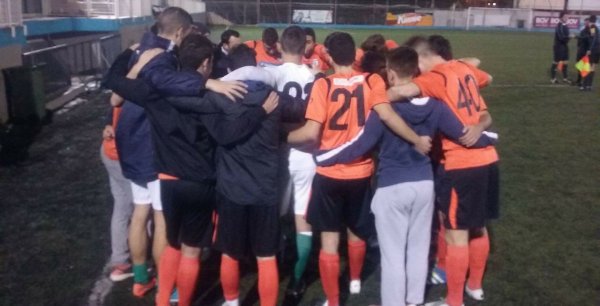 Swieqi United's young guns did just enough in the first half and survived a late scare to book a passage in the last eight of the Youth KO.

The Orange were sensational in the first half, scoring three well worked goals to ensure Naxxar had a mountain to climb in the second period. Nicky Schembri opened the scoring after a good pass from Sadat Suraka. Schembri then made it 2-0 after chipping the ball over the keeper and placing it into an empty net. Jordan Sean Farrugia Coleiro then made it 3-0 when, despite losing his footing, he stood up and slammed the ball past the hapless Naxxar keeper. Swieqi therefore entered the break three goals to the good and already with one foot in the quarter-finals.

With Thomas Debono replaced at half time due to injury, Swieqi suffered in the second half as Naxxar began to impose themselves on proceedings. Naxxar were luckily awarded a penalty for a soft foul in the box and made it 2-3 with 8 minutes to spare. Thereupon, the Orange had no option but to survive a late barrage on their goal to ensure a place in the last eight.